In 1874 St Mary’s was built as an outpost of St Paul’s Knightsbridge, in the heart of a working class community and near to Pimlico’s slums. Its mission was to serve that congregation and from the start it organised sewing classes, working men’s groups, cricket matches and charabanc outings.

In his first weekly newsletter to parishioners, published in January 1878, the then vicar wrote, ‘I will be happy to insert in it, free of cost, advertisements from those who want places or require work.’ 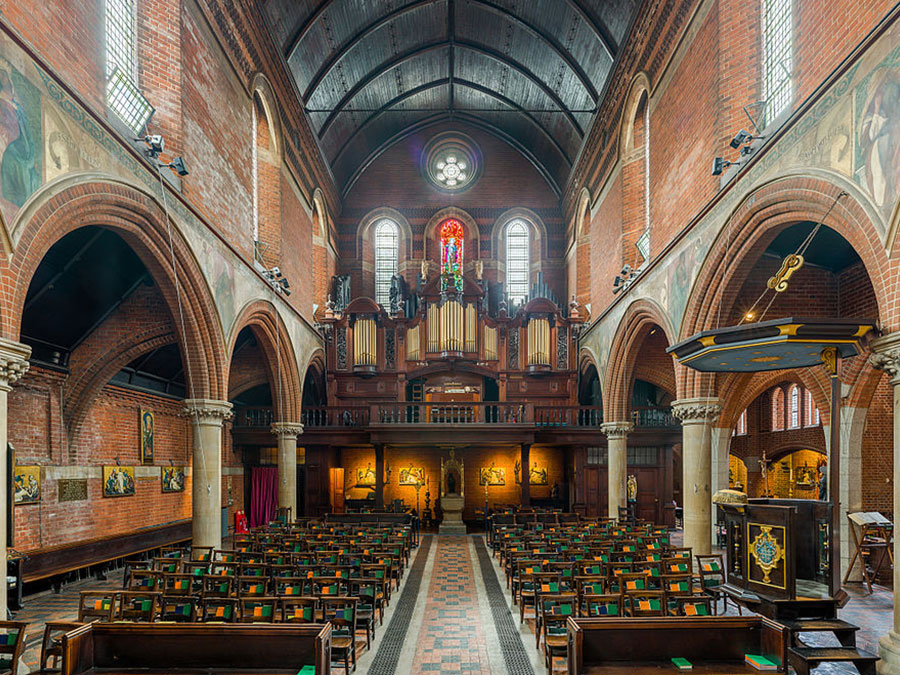 Over the years the neighbourhood changed and so did the congregation and by the 1920s St Mary’s had become fashionable. St Mary’s became a leading voice in the Anglo-Catholic movement, providing a central voice for closer union with the Roman Catholic church and attracting a congregation from further afield. The post-war period saw it became more involved with local schools, developing a number of choirs, and today it has one of London’s foremost musical traditions.

St Mary’s now finds itself in an area quite unrecognisable from when it was built. However acute need remains. Inflated house prices mean that there are fewer families, more homes are empty at the weekends, and the increasingly elderly long-term residents have found themselves more isolated in an area with very few public spaces. Meanwhile beyond the parish borders income inequality and poverty continue to blight lives.

Soon St Mary’s will be 150 years old. Despite the changes described above, the church’s response to the Covid-19 crisis showed that the community remains strong and committed, exemplifying the role that St Mary’s can play. The church will use its upcoming anniversary to renew its commitment to supporting and helping those in need to the glory of God.